The Mr. and his friends were golfing all day, and I mean all day! They had 36 holes to get to before the Phoenix "winter storm" came rolling in so, I laid in bed until 8:30 am.
Then I watched gymnastics until noon (avid fan). Shortly after my preferred programming was over I received a call from the Mr. saying he was on his way with a breakfast burrito (sweet), a quick break between golf games. Cripes! I haven't got a thing done! Jump in the shower so he thinks I have been semi-productive! I thought to myself.
After chumming with the dudes for a bit, they were on there way back to another course and I got back to business... Time to get ready for the day!
Some hair days are much better than others. I think any female can agree. Fortunately, today was one of the good days. Great day really! 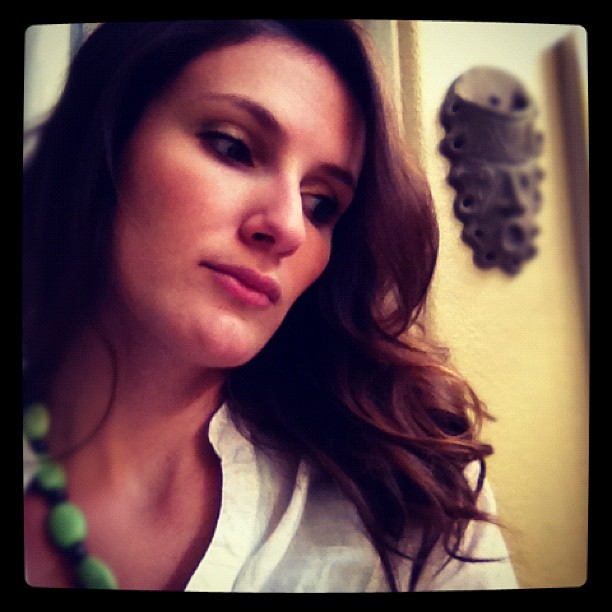 I don't own a lot of green and on days such as St. Paddy's day this can really put me in a "pinch." (See what I did there?) Green clothes bring out the red in my skin. But, as luck would have it, I did receive this gorgeous Yellow Turquoise necklace from my mother for Christmas a few years ago. It is a staple piece for me. A little ZING in my bor-rang wardrobe. I decided to sport a green manicure too!
After my super sweet manicure was done... it was time for an afternoon cocktail with my dear friend and good neighbor, Yurki. We jumped in her EXTRA large jeep and headed to Gordon Biersch. It not being an Irish Pub we were sure it wouldn't be packed. We found a seat right away and ordered two Marzens!

Because we are not avid beer drinkers (though we are trying to be) it took us about an hour to finish these bad boys, along with our garlic fries. As always, the people watching was great! We also decided over our beers we were going to make green goat cheese for the pizzas to be had later. 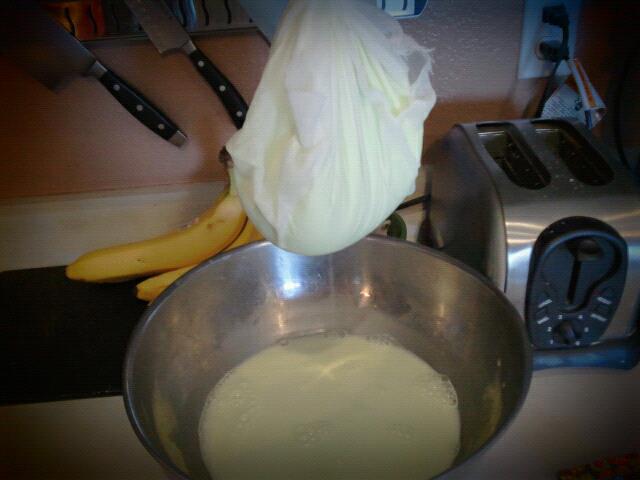 I had Yurki take pictures with a real camera so I could provide an awesome tutorial later this week. (I won't be doing that now.)While the cheese was hanging out, we started in on our green "Snakebites" (Harp and Cider and food dye).

So, as the title of this blog implied, 2 hours later, when the cheese should have been plenty ready, we untied it in hopes to start eating the gloriousness that is homemade goat cheese. But, all we had was a cheese-cloth balloon full of room temperature whey. I cursed under my breath and dumped out all the green whey/warm milk. *double-sigh* I am not really sure where we went wrong, but I must persevere and try again!

This cheese debacle was nothing several slices of delicious pizza and green Snakebites couldn't fix. We even talked Joe into making a pizza with green crust! 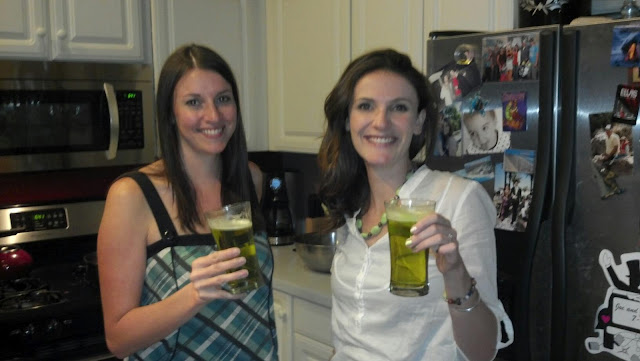 I hope you were able to enjoy your Saint Patrick's day! With or without green beers and green goat cheese.
Posted by Emmy Kim at 1:00 PM